Now that the Supreme Court has issued the long-awaited ATDS ruling, it seems as though the floodgates may have been opened. There was a big increase in the number of lawsuits made in the month leading up to the Facebook v. Duguid ruling. Now that the ruling has been made, it’s time to assess the legal landscape and share perspectives about how the number of lawsuits will evolve in the months to come.

What kinds of trends have been identified since the Facebook ruling?

In short, it seems that there cases are still being filed, but not in the same kind of volume as previous periods. It may still be a bit early to assess trends because it can take a while for cases to be pushed through the court system.

There has been a noticeable uptick in cases that are considered low hanging fruit for the plaintiff’s bar. Cases such as Do Not Call and Pre-Recorded Call Messages are completely independent from Autodialer cases, which is perhaps why the plaintiffs are focusing on them right now. Plaintiff lawyers have not been shy about saying they are going to focus on Pre-Recorded Message cases because it also triggers residential landlines and mobile phones.

Are plaintiff lawyers going to focus on Text Message cases?

Does a text message count as a pre-recorded message?

Going back in the history of the TCPA rulings, they were always anticipating pre-recorded messages to be voice messages. Even though a text message is deemed to be a call for the purposes of the TCPA, courts have not deemed a text message to count as a pre-recorded voice call. The voice part is the key here, but only time will tell if they make changes or clarifications on this in the future.

Watch the webinar replay to learn more about what counts as human intervention, how it applies to the ATDS ruling, and what the legal landscape looks like for the near future.

Request a demo to learn about how TCN can help you keep your organization compliant with all the changes. 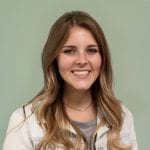 About the Author: Marie Christenson


Marie Christenson is the Content Writer and Strategist for TCN, a worldwide leading provider of cloud-based call center technology. As the voice behind the screen, Marie spends her days carefully curating content including company blogs, campaigns, and social media. Since earning a B.S. in Strategic Communications & Marketing from Southern Utah University in 2020, she has enjoyed sharing her ideas and creativity with TCN. In her free time, Marie loves traveling and exploring new places and cultures.