Nobody can fully prepare for a crisis. However, when one does occur, organizations can do their best to use it as an opportunity to improve their processes and customer service.

Recently, T-Mobile experienced a global outage with their LTE services that limited their customers from calling or texting. It was later learned that the disruption was due to a fiber circuit failure.

With T-Mobile being one of the leading telecom companies in the world, the outage affected its millions of customers on a global scale. The company’s call center was soon overwhelmed by calls from frustrated users.

Customers turned to Twitter, demanding discounts and minutes for the lack of support. Many reported that because of the call influx, customers couldn’t get a hold of agents—causing frustration on both sides. The FCC called the outage “unacceptable,” and it is currently under further investigation.

As contact centers adapt to change because of unprecedented circumstances, TCN is doing the same. Recently, one of TCN’s clients suffered from an outage caused by a new IOS and Android app the company launched. When the situation occurred, their call center was overwhelmed with customer inquiries.

With TCN’s assistance, the bank was able to scale its call center from 25 full-time agents to over 200 full time and temporary agents. TCN’s cloud-based technology was able to control both inbound and outbound calls with ease.

Changes were made to this bank’s IVR on the fly while also handling over 150,000 inbound calls at the same time. As the situation progressed, TCN’s software provided real-time analytics and tracked hold times with their anxious customers.

There is a strong connection between what happened with T-Mobile’s recent outage and TCN’s case study. It shows how having a cloud-based software is valuable for a call center any size.

Unlike In-House IVRs, TCN’s IVR software system includes real-time operational statistics and an unlimited number of lines. With its routing system, the right calls are going to the right agent.

Importance of Customer Relationships During a Crisis

Although customers don’t always think to contact a call center when a problem arises, they always value updates and information. In times of a “technology crisis,” call centers may find themselves unprepared for a drastic increase in calls.

In T-Mobile’s case, social media was the hub for customers to share frustrations and experiences. Experienced agents solving serious inquiries on calls is more productive than thousands of tweets from customers with unresolved issues.

Agents with the ability to adapt to unpredictable situations are critical in the day of technological advancement. It adds to the importance of training agents with that in mind.

Tracking agent performance and how skill sets match KPIs will result in greater success and efficiency. When a contact center finds itself in crisis, it can rely on trusted cloud-based software that changes the way they do business.

See how TCN can help your call center during any unanticipated circumstance. 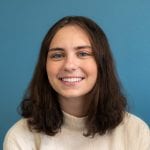 About the Author: Hannah Gardine

Hannah Gardine is currently working as a marketing intern at TCN, a leading provider of cloud-based call center software. She is earning her B.S. in Marketing at Dixie State University. Passionate about creative marketing strategy and digital marketing, she enjoys being able to collaborate with the team and help with all aspects of TCN’s marketing initiatives.