According to Transparency Market Research (TMR), the global Voice over Internet Protocol (VoIP) services market was valued at more than $70 billion in 2013 and will reach more than $136 billion by 2020. In just seven years, the market will almost double in value — an indicator of the surging popularity of VoIP technology in both the business and private sectors.

TMR’s report indicates that the market will grow at a 9.7% compound annual growth rate (CAGR) between 2014 and 2020 — one of the healthiest rates of any industry today. By 2020, there will be almost 350 million subscribers to VoIP services, in a large part thanks to the proliferation of web-enabled mobile devices.

According to Which VoIP, VoIP technology is “slated to be the best-performing industry of the decade.” The industry’s success is due in part to the incredible flexibility that VoIP systems offer. Because they’re not tied to physical infrastructure in the same way that traditional phones are, it’s possible to scale quickly and easily. For the very same reasons, it’s easy to upgrade your VoIP systems as you go, without needing to replace hardware or take your system offline for extended periods of time.

VoIP services have taken the world by storm since VocalTech introduced the Internet Phone in 1995. From its humble beginnings, the technology has proven to be one of the most valuable and powerful to consumers and businesses of all sizes thanks to its ease of use, low cost and flexibility. By 2003, VoIP accounted for 25% of all calls, and that number only grew with the introduction of products like Skype to the consumer market.

VoIP technology began connecting people all around the world, making international communication in even the remotest parts of the world easier than ever before. It’s also proven to be an especially powerful tool in regions where physical telecommunications infrastructure is limited, damaged or even non-existent — driving broadband growth, and with it strong economies.

Mobile VoIP is one of the fastest areas of growth and development within the field, as mobile devices continue to proliferate throughout society. New 4G networks hold the key to the development of mobile VoIP — the strength of Wimax, a wireless technology that facilitates Ethernet connectivity over great distances, enables real-time calling over IP from outside the range of traditional WiFi.
Mobile to mobile calling over VoIP networks continues to grow, pointing to its waxing popularity. Such technology allows your office to be wherever you need it to be, so you can connect with your clients more easily when traveling for business.

VoIP is growing in part because of the power people and small businesses can leverage without the massive costs associated with the physical infrastructure of traditional phone systems. They are uniquely able to solve problems that would have been totally insurmountable only a few years ago. While new technologies seem like promising candidates to succeed VoIP down the line, there are many profitable years of calls ahead before that’s the case.

Is TCN right for your business? Download the quick Is TCN Right For Your Organization checklist to answer a few questions and see if TCN can boost your business. 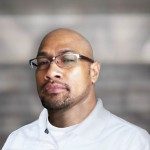 About the Author: L. Tiatia

Li Tiatia serves as the Vice President of Professional Services and Client Support for TCN. In this role, he is responsible for implementation, operation and training organizations and management of customer care services. Li brings 20+ years of extensive background in business management, business process, contact center operations & management, command center operations and workforce management to TCN. Prior to joining TCN, Li worked with Convergys Corporation, based in Salt Lake City, where he managed several departments, including operations, business forecasting, workforce forecasting & scheduling and client/site implementations. He held several positions during his tenure with the company, working his way up to the position of Senior Manager at Convergys Corporation where he oversaw the global workforce management business process organization from 2000 to 2006. Originally from Samoa, their family migrated to Hawaii to continue his education. Li attended the Naval Academy, Brigham Young University of Hawaii and later earned a degree in Tourism and Airline Management from the International Air Academy in Vancouver, Washington, graduating with honors.